Earlier this year, Jackie, one of our Topsham friends, came to visit us in Somerset with two tapestries that she had stitched. She also brought with her an old but treasured tapestry on behalf of her friend, Kaye.

The tapestry was stapled on to a board and didn’t look as though it would withstand much handling, so we were very wary of it and did what we always do in such circumstances, covered it up and put it away for a while so we could think about it. The edges looked very scary and we weren’t sure we’d be able to do anything with it. 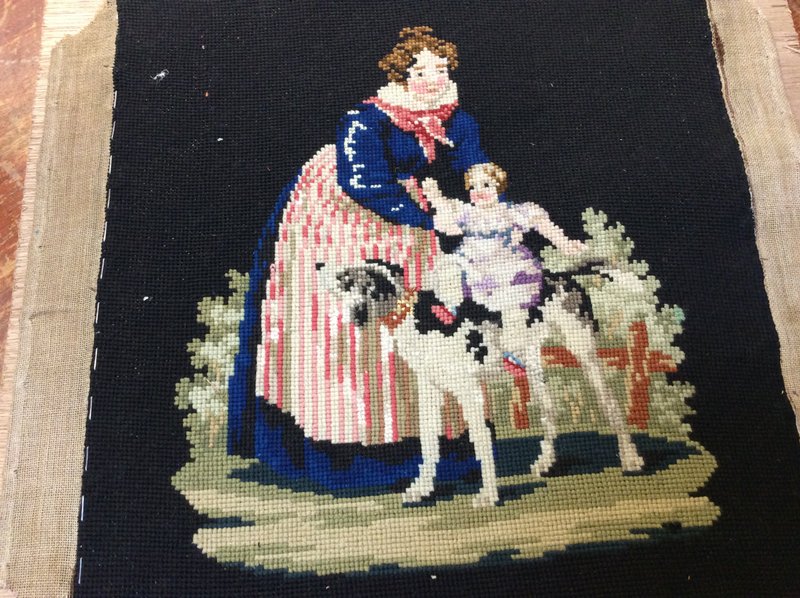 You can see for yourself… 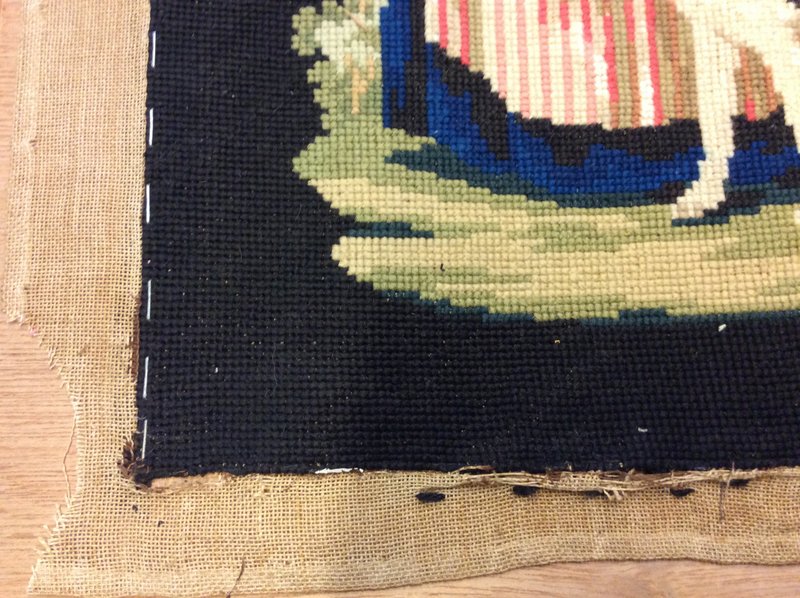 Eventually, we plucked up the courage to tackle Kaye’s tapestry, and we received permission from her to start work on it while warning her that we weren’t 100% certain we could make it into a cushion for her. We worried that it would disintegrate once it was removed from the board it had been on for many years. Such are the fears when dealing with someone else’s work!

We carefully removed the staples just before Janine was due to come in on one of her sewing days. Again, with great care, Janine transformed the tapestry into the most beautiful cushion as you can see below. A few rows of stitching were lost to prevent any fraying in the future, but the end result is gorgeous. We used pale green velvet for piping and black velvet for the backing, in keeping with both the colours of the design and the feel of the piece. 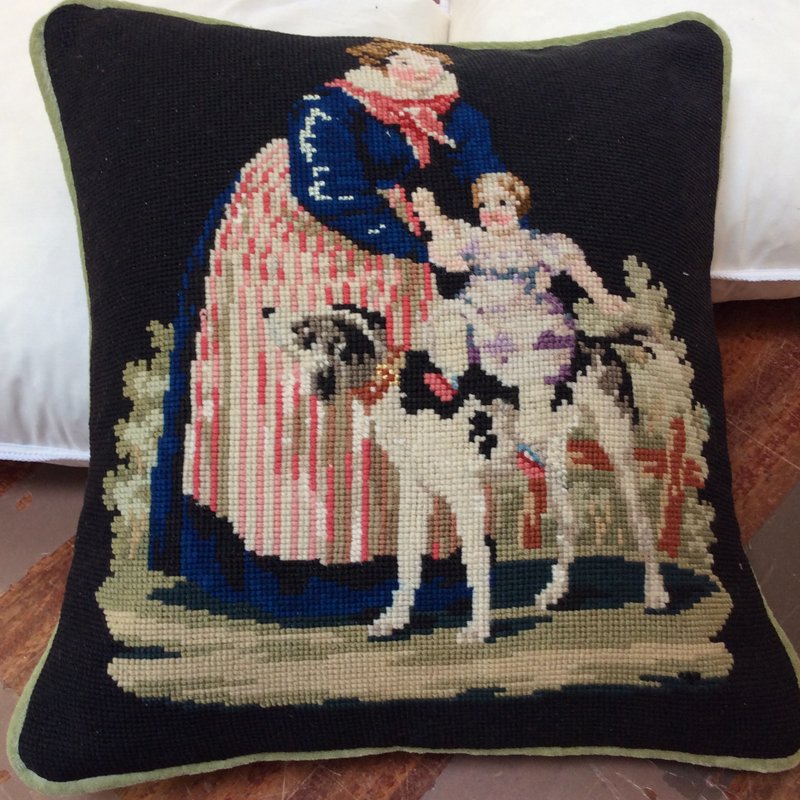 We emailed a picture of Kaye’s tapestry to her, via Jackie, and it was only then that we learned of the huge sentimental value that the tapestry has for Kaye. The tapestry is the only memento that Kaye has of her paternal grandmother, Florence Dean, who lost her life when a WW2 bomb hit her home in Croydon.

Today on Armistice Day we remember all the servicemen and women, and their families, who lost their lives in the two world wars and all who have died in combat since.

Choosing a tapestry frame
Christmas
Customer creations
Fabric for your tapestry
— Woolly, cotton or velvet?
In our Somerset HQ
Latest goings on
New designs
Our visitors
Out and about
Stitching for Macmillan
Top tips and woolly wisdom
Weddings and anniversaries

Join us for the latest tapestry talk and design previews. We only email you when we have something to say!

Orders to EU countries
New trading regulations are now in force between UK and the EU. Please email kelly@jollyred.co.uk if you need to place an EU order, as we will deal with each on an individual basis. Thank you.